I am starting a new blog with the mac computer I switched to. It is so much easier to use and I'm enjoying learning it. The new address I will be using for the blog from now on is:

Check it out. Just copy and paste it into your browser and save it to your favorites if you wish.

The new blog opens to a cover page which I will be customizing over the next few weeks. The cover page will list the most recent blog. You can click on the title of the blog to open it. Once there, you just click next or previous to go from post to post. It is easy to figure out. 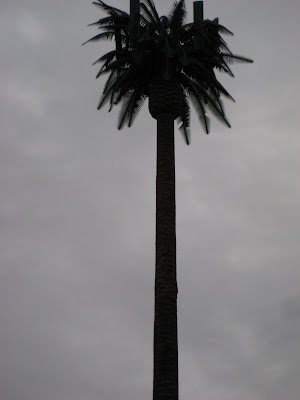 This is a cell phone tower at Fountain of the Sun where mom and dad stay. If you look at the top, there are antennaes on it. It looks like a real palm tree and blends in very well. 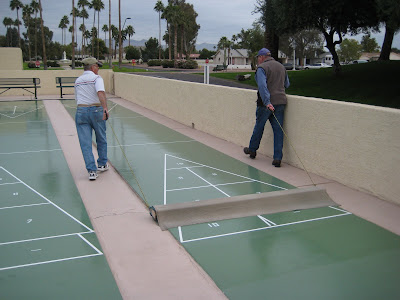 I went with dad Friday morning and we preped the shuffle board courts for the day. It was interesting to learn how they do it. Here's dad (left) and a friend cleaning the courts. 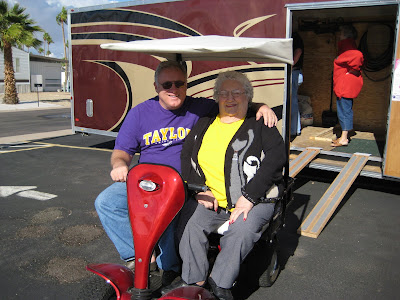 Mom and me on the Cricket. 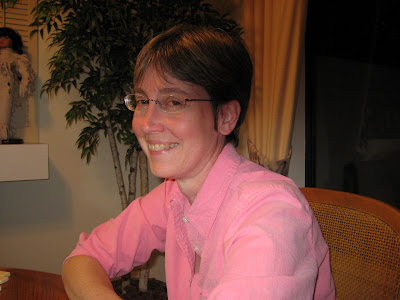 Kim last night as we played dominos with mom and dad.

Isn’t it hard to believe December is here? Christmas will be upon us before we know it. We stopped by Cummins at Avondale, AZ to get the fan clutch checked out. Avondale is on the west side of Phoenix and Mesa (where my parents winter) is on the east side. Normally we would stay in the coach at night but we stayed with mom and dad for two nights while they were working on the coach. It has been great to spend time with them. Dad and mom won’t let us pay for any meals while we’re here. They've always been like that and we very much appreciate their generosity. We’ve been out to eat three times already.

On the way from Yuma to Mesa we had a coach engine clutch fan problem that turned out to be quite an exercise in futility. The clutch runs the fan at low speed until the engine gets hot from climbing a hill or we are stopping using the engine brake. Then it runs at the normal full speed. The clutch fan gets us about one more mile per gallon and also cuts down on the fan noise. The coach comes without a clutch fan but our Cummins rep back home recommended we install it to save money and cut down on noise. It only runs one or two percent of the time. At Cummins, the service writer wouldn’t agree as to how it worked when I described the problem and so he didn’t tell the mechanic what I thought the problem was. He thought the clutch fan turned the fan on or off. I explained that the clutch fan runs the fan on low or high speed and it never turns off. He told me I couldn’t have driven it there without the clutch fan working as the engine would have overheated. I explained that it did not overheat because the fan doesn’t shut off, but run on low. I told him to check the engine computer log and verify the engine had not overheated and that my explanation was correct, but he didn’t. Consequently after a day I drove back over there and he told me they didn’t warranty the clutch and I would have to pay the bill when they were finished. They had spent the day trying to get the fan to shut off, which it doesn’t do. I have a friend back home who goes to our church and works for Cummins on motorhome engines. His name is Jack Markin. Jack actually did the install himself. Since Jack is the Cummins area rep / mechanic for motorhomes and 85% of the motorhomes made in America are made in northern Indiana, I really trust Jack’s knowledge. I got Jack on the phone with the service writer and he explained how the clutch worked, called the clutch company and also told the service writer that they were in fact distributers for that make of fan. In the end the service writer explained how the fan worked to me and I said that was what I have been trying to tell you. I talked with the manager and requested to talk to the mechanic because the service writer didn’t want to let me do so. The mechanic was very open to my opinion of what the problem was and was very glad to speak with me. He couldn’t have been nicer. He called Jack on his cell and Jack walked him through the diagnostics. Bottom line: the clutch fan works now and they did it on warranty. Since they didn’t have to replace it and it now works, Jack suggest since it failed before it will probably fail down the road, but I understand they can’t fix something that is not broke.

We took the coach in on Wed and picked it up on Friday. During that time we looked for an RV park here is Mesa. We will be here a few weeks, home two and a half weeks and then here a week or so and the best deal was to just rent a spot for 6 weeks. We’re at the Spirit of Mesa Park which is about 7 miles from mom and dad. We are on a lot about 40 by 80 which is one of the biggest sites we’ve had on the trip. There are 1800 units here. Some are RV’s and some are park models which are like miniature mobile homes – maybe 12 by 40 feet. We have a lot of palm trees, some 40 or 50 feet tall here in the park. When we checked in they gave us some really good cookies and Kim liked that. They gave us a weekly newsletter which has about 15 pages and has so many activities we couldn’t believe it! We went to the clubhouse for a pancake breakfast yesterday.

Mom and dad’s neighbor is Jim and we met when we were here a few years ago. He and I really get along well. Jim and his friend Dolly came over yesterday to see the coach and I gave him and mom each a ride on the cricket (mini golf cart we have). While talking he referred to the movie Field of Dreams. I told him we had never seen it and he told me we had to see it. Last night when Kim and I were at mom and dads’ there was a knock on the door and Jim had went out and bought a copy and gave it to us. That was very nice. I got up at 4 and wrote this. We will be at mom and dad’s this morning at 7:30 to go to church with them.

I mentioned in a previous post that I had a new computer. I got a macbook. It is a notebook made by Apple that uses a different format than PC’s. They are known for reliability, common sense operating and not locking up like the IBM based computers with Windows operating system. Why you ask? I have come to realize that I’m an initiator. I just like new things. Most people would not want to learn a new system at my age but I really enjoy learning new things. It keeps my mind young and open to change. Hannah had wanted one so I bought her one as her early college graduation gift. I also see it as something we can learn together and help each other out. I like interacting with her on new things like this. We taught our kids for years and now there are areas where they can help us along and I really appreciate that.
Posted by Mitch & Kim at 5:50 AM No comments: 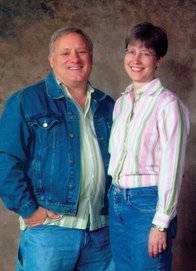 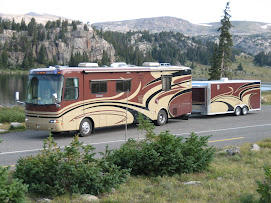